A Drama aimed at stopping the Knife Drama

Wid a number of stabbings goin on resultin in lives of young people being taken across the West Midlands and the UK, some young people in Birmingham decided they needed express their concerns and highlight the effects of Knife Crime through the use of music, drama, media and spoken word.

Yutes from across Birmingham have come together to unite against knife crime as part of a pioneering drama project part-funded by West Midlands Police.

The performance, at the Lighthouse Young People’s Centre in Newtown, was attended by more than 150 people, including the parents of Christina Edkins, who was stabbed to death on a bus whilst on her way to school in January 2013. In Birmingham there have been five fatalities due to knife crime within the past six months including tragic Christina Edkins, aged 16, Joshua Ribera (Depz), 18, Azim Azam, 16 and Hassan Mahmood, 15.

Around 30 young people, aged between 13 and 18, were involved in the production as part of West Midlands Police’s ongoing Knives End Lives campaign. They performed their own songs and poetry about how knife crime has affected them, following several weeks of rehearsals alongside music producers and drama professionals.

Knife crime is a horrible crime that affects not only those who have been stabbed, but it affects their families, friends and in some cases the person who is carrying the knife and has committed the crime.

One girl taking part in the project was 17-year-old Amara Darien who was stabbed as she tried to defend a friend who was being bullied. She said: "I didn’t realise at first until everyone told me there was a big hole in my face, then I started to get dizzy and drowsy. Everyone was shocked and my mum was very upset, but there were people who were able to help me.

"I’m involved in this project because I know how much knife crime can affect a person; it has changed my life a lot and the way I look at things."

A lot of young people are carrying knives with no real intention of having to use it, or some claim to carry it for protection, but if you carry a knife you may use it without really wanting to. People have been known to stab people with no intention of killing them . . . but they are now serving life sentences in prison for murder. A large proportion of people involved in knife crime are stabbed in the legs or lower limbs where people think that it is less serious than being stabbed in the chest area, but the fact is there is a range of main arteries in the leg and lower limbs which once ruptured can cause a person to bleed to death. 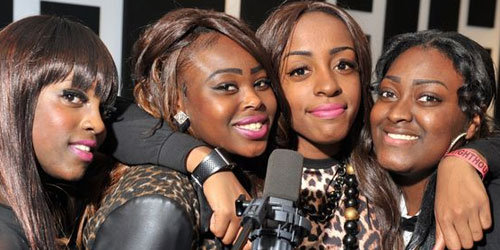 Superintendent Richard Baker, who has spent many years as a senior detective investigating serious violent crime, attended one of the rehearsals ahead of the performance. He said: "I’ve dealt with too many murders where young people have lost their lives because they’re carrying knives - the impact is devastating for their loved ones.

"I have images of families that have broken down and struggled to come to terms with their loss that will haunt me for a long time.

"These projects are incredibly important for a lot of young people who often feel pressure from their peer group to carry knives for their own protection or because they think it’s a good thing to do to be accepted.

"It’s tremendous that these talented youngsters have come here voluntarily, off their own backs. The more we can work with young people to get these messages across, the more we will see knife crime reduce."

Music producer Dennis Jarrett is one of the volunteers who worked with the youngsters as part of the project. He grew up in Birmingham and turned his back on knives as a teenager after he was caught carrying one by police. He said: "If I was in the wrong situation and I had used that knife, I might be sitting here today in a different capacity. I would never carry a knife again after that.

"Today has been really sweet for me, talking to young people and getting them to think about knives. If you feel great when you’ve got that knife, trust me, it’s the wrong feeling, look at yourself in the mirror and ask yourself ‘where am I going to be in 10 or 15 years time?’ I’m telling you, it’s not worth it."

The project and performance was part of The Knives End Lives campaign which is et up by West Midlands Police to highlight the serious consequences of carrying a knife. The campaign also hopes to make people aware that under joint enterprise rules you can be charged with murder even if you were not the person who stabbed the person. If you were there (and in some cases - you don't even have to be there) you can be charged with the same offence as the person who committed the crime.

Overall Knife Crime in the West Midlands has fallen by more than half in the last 5 years . . . But with the recent victims of knife crime, there is a need to reduce it by 100% as soon as possible!

People can report people they suspect of carrying a weapon to police on 101. In an emergency, they should dial 999. Alternatively, those who do not want to speak with police officers directly can contact the independent charity Crimestoppers anonymously on 0800 555 111.